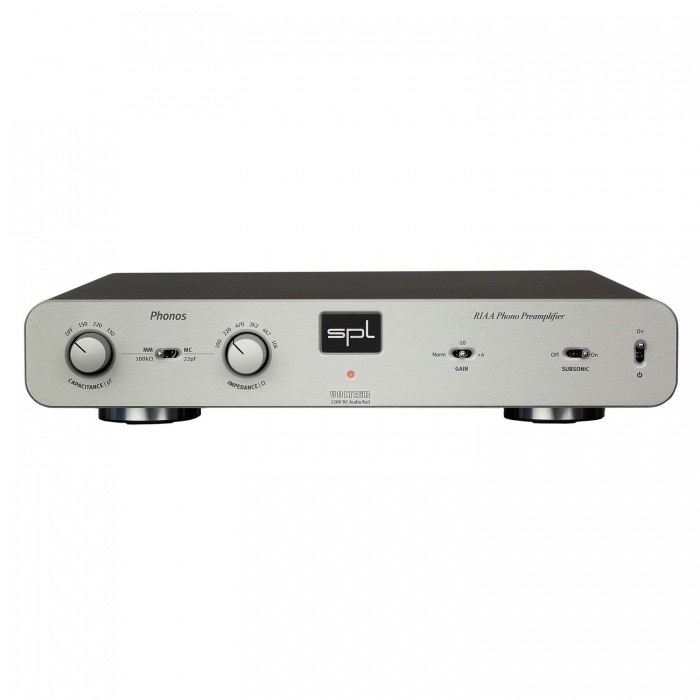 Phonos is a preamplifier for record players using either moving magnet (MM) or moving coil (MC) cartridges. The equalization curve is according to RIAA and suitable for all vinyl records since 1954.

This phono preamplifier is equipped with the best sounding capacitors and built after the legendäre Douglas Self design.

The control parameters are adjustable on the front and therefore always accessable to make the search for the best sounding setting a fun experience.

The Phonos: High-End In Compact Design

There are two primary methods a modern cartridge uses to generate current. These are moving magnet (MM) and moving coil (MC) configurations.

Moving magnet cartridges tend to produce lush, mellow sound. By moving a magnet within copper coils a small voltage is created. MM cartridges sport very high inductance and impedance. In the latter, cable capacitance can negatively affect the flatness of frequency response and linearity of phase response. Phonos offers a selection of four capacities to fine tune the flatness of the frequency response or to willingly increase high frequencies in playback. The capacities are 150pF, 220pF and 330pF. In the OFF position the capacitance is determined by the cable capacitance.

The MC design is again a tiny electromagnetic generator, but (unlike an MM design) with the magnet and coils reversed. The resulting signal is only a few hundred microvolts, and thus more easily swamped by noise, induced hum, etc. Thus it is more challenging to design a preamplifier with the extremely low noise inputs needed for moving-coil cartridge. Phonos provides a 20dB higher preampfification for the MC stage compared to the MM stage.

MC cartridges offer very low inductance and impedance, which means that the effects of capacitance (in the cable that goes from the cartridge to the preamp) are negligible. The impedance of cartridge can be set in six values: 100, 220, 470, 2.2k, 4.7k, and 10kOhm. If in doubt which impedance matches the cartridge’s impedance you can empirically determine the value for the flattest frequency response.

Rumble from the playback turntable's drive mechanism is amplified by the low frequency boost that occurs on playback. The Phonos offers a switchable Subsonic filter to eliminate the rumble.

RIAA equalization is a specification for the recording and playback of phonograph records, established by the Recording Industry Association of America (RIAA). The RIAA equalization curve was intended to operate as a de facto global industry standard for records since 1954.

The purposes of the RIAA equalization, which is a form of pre-emphasis on recording and de-emphasis on playback, are to permit greater recording times by decreasing the mean width of each groove, to improve sound quality, and to reduce the groove damage that would otherwise arise during playback.

A recording is made with the low frequencies reduced and the high frequencies boosted, and on playback the opposite occurs. The net result is a flat frequency response, but with attenuation of high frequency noise such as hiss and clicks that arise from the recording medium.

The construction of the RIAA equalizer follows a design made by Douglas Self. In this design larger single capacities are exchanged against smaller multiple capacities.

The preamplification is switchable and offers three values for MM and MC.

In the +4dB position the output is equally loud as modern DA converters at 0dBfs = +15dBu. 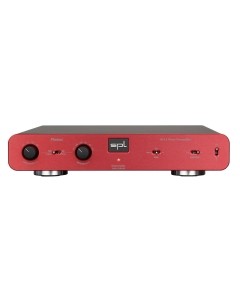 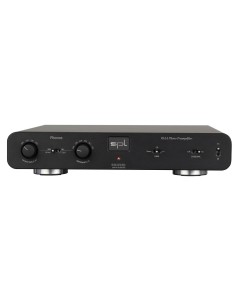 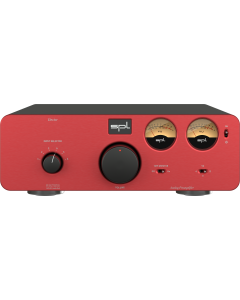