Manley Slam! Tube Stereo Limiter and Mic Preamp is a two-channel microphone preamp with each channel featuring one ELOP and one FET "brickwall" limiters. 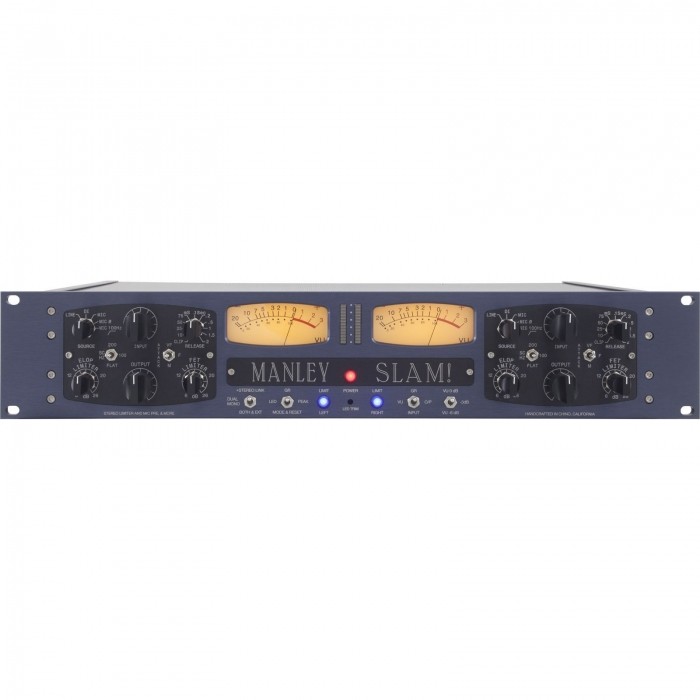 The Slam! Tube Stereo Limiter and Mic Preamp from Manley Labs is a two-channel microphone preamp with each channel featuring one electro-optical (ELOP) and one field-effect transistor (FET) "brickwall" limiters. The unit is constructed with professional-grade components, hand-wound nickel transformers and hand-selected tubes. The all-tube Class-A preamp offers +60 dB of gain to microphone and DI signals, while a separate tube path for the limiter offers +20 dB of gain.

Each channel of the Slam! has ELOP and FET limiters available simultaneously or separately. Each adds a distinct character to the sound with the ability to dial in the best of both. The ELOP circuit is before the mic preamp, making it nearly impossible to clip the tube preamp stage. The ELOP's minimalist design has a fixed ratio, attack and release with only a variable control for threshold. Additionally, it offers a side-chain high-pass filter, with the 200 Hz setting optimized for vocals and a touch of de-essing.

The FET circuit is a fast "brickwall" limiter with variable controls over threshold, attack and release. The circuit is capable of a variety of colors from clean to grungy, all the while maintaining "zero overshoot" limiting. With the clip setting selected, the FET allows for severe distortion by speeding up the timing circuit and allowing the limiter to work on the waveform rather than the envelope. Both the ELOP and the FET limiters have side-chain inserts (send & return) available on the rear of the chassis via Bantam (TT) jacks.

The Slam! offers comprehensive monitoring via the VU and LED ladder peak meters. In addition to the source toggle for gain reduction, input and output, the VU meter has a pad toggle which allows you to scale the signal down -6 dB for loud signals. The multi-color LED peak meter has a source toggle offering gain reduction, peak and reset & mode. The momentary reset & mode switch clears out any peak signals and allows for the calibration of the peak LEDs to match the meters of your A/D converters. Three Slams can be linked together offering six channels of limiting for 5.1 surround sound. A separate power supply is used to reduce the detrimental effects of heat and electromagnetic fields (EMF) from influencing the signal path. Hand-made in the USA, the unit is housed in a 2U steel chassis with a CNC-machined 1/4" faceplate that is also inlaid with laser-engraved inserts. The Slam! ships with a separate power supply, 16-pin multi-core connection cable, and IEC power cable. 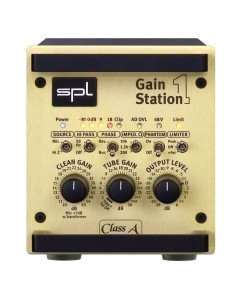 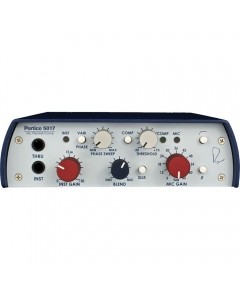